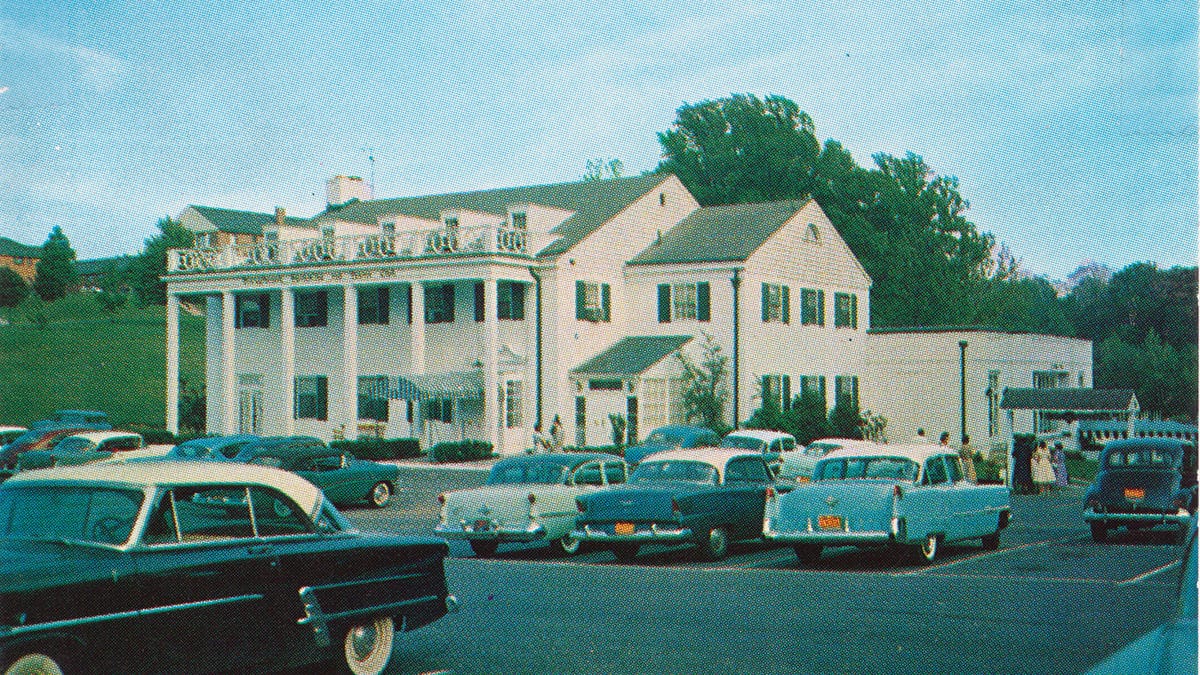 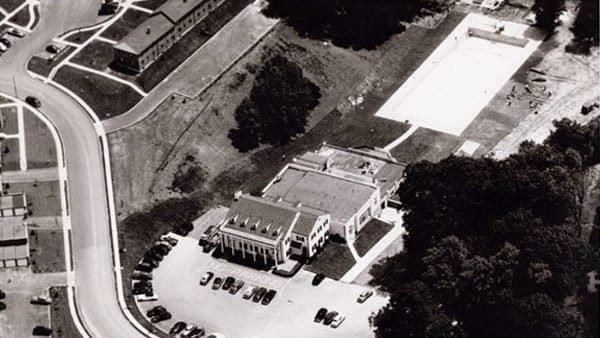 Drexelbrook has developed a rich history as Delaware County’s premier event venue over the last 70 years.

In 1960, Drexelbrook hosted American Bandstand, with popular host Dick Clark. Dick Clark resided in the Drexel Hill Community and brought his big personality into Drexel Hill. American Bandstand showed live performances of rock and roll, and became increasingly popular with teenagers and adults. As a result, a variety of celebrities performed on the club’s stage or became members. This drove popularity to the Philadelphia suburb, thus driving more business to the Drexelbrook club.

Dick Clark and his wife, Barabara, in their Drexelbrook Apartment home.

While the success of Drexelbrook continued throughout the sixties and seventies, a fire in 1978 changed everything. After the fire, Drexelbrook’s management opened the facility to the public and recreated it as a restaurant, banquet facility, and swim club. The swim club was the place to be for Drexel Hill residents, and many people have memories today of swimming at the pool. People from all over the country came to visit and attend various events, but as destination locations picked up speed, and Drexelbrook’s popularity dwindled. 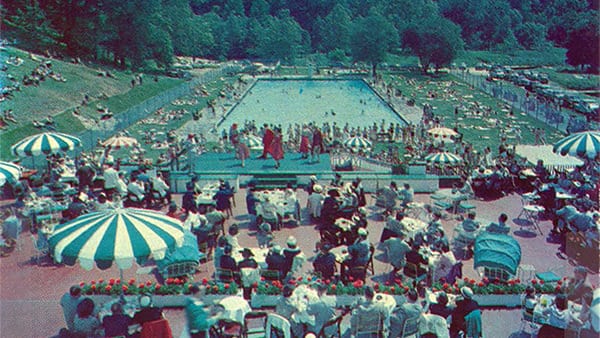 A packed summer day at the Drexelbrook Club Swimming Pool

To combat this, owner William Kay stepped in and created a new management team to bring Drexelbrook’s popularity back. He focused on style and presentation of meals to showcase the prestige of Drexelbrook’s cuisine and staff. This drove high demand for catering services and weddings at Drexelbrook, creating a need for more space. The swim club closed in 1998, and after two years of construction, the Corporate Events Center was created. 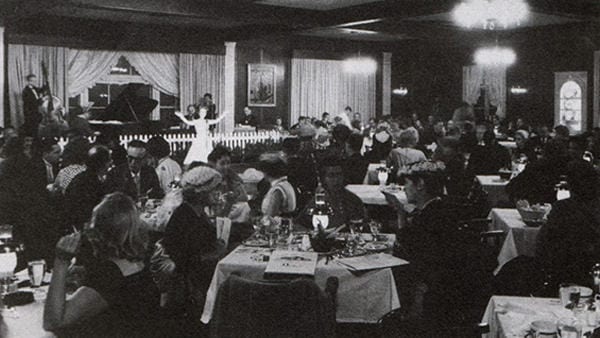 Live music in the Drexelbrook Restaurant 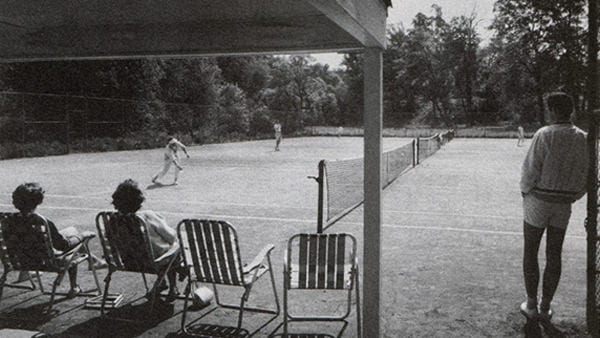 After the construction, Drexelbrook’s popularity skyrocketed, and the Grand Ballroom could now hold up to 1200 guests for events. Drexelbrook hosted an increasing amount of weddings, parties, and other corporate gatherings. In 2018, it suffered another fire, but that instance became the turning point to recreate the look for the modern age. After the fire, Drexelbrook introduced the Franklin Conference Center, opened the Street Light beer garden, and began construction for a connected Holiday Inn and Suites. 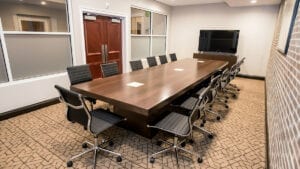 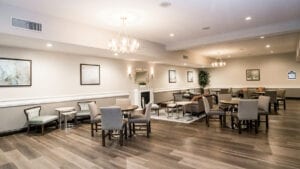 The Franklin Conference Center at The Drexelbrook offers a variety of Corporate Boardrooms, breakout meeting spaces, a Café for breaks and refreshments, as well as a lounge, VIP area and studio. 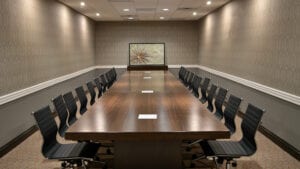 No mater what size company you are with, The Franklin Conference Center at The Drexelbrook has board rooms and meeting rooms of all sizes.

Today, we are open to the public with over 45,000 square feet of event space, Streetlight Kitchen & Bar, and the Holiday Inn and Suites. Through the years, Drexelbrook has changed and evolved to best suit our community. We cherish our long history and thank you all for allowing us to serve you for the last 70 years. Cheers to more to come! 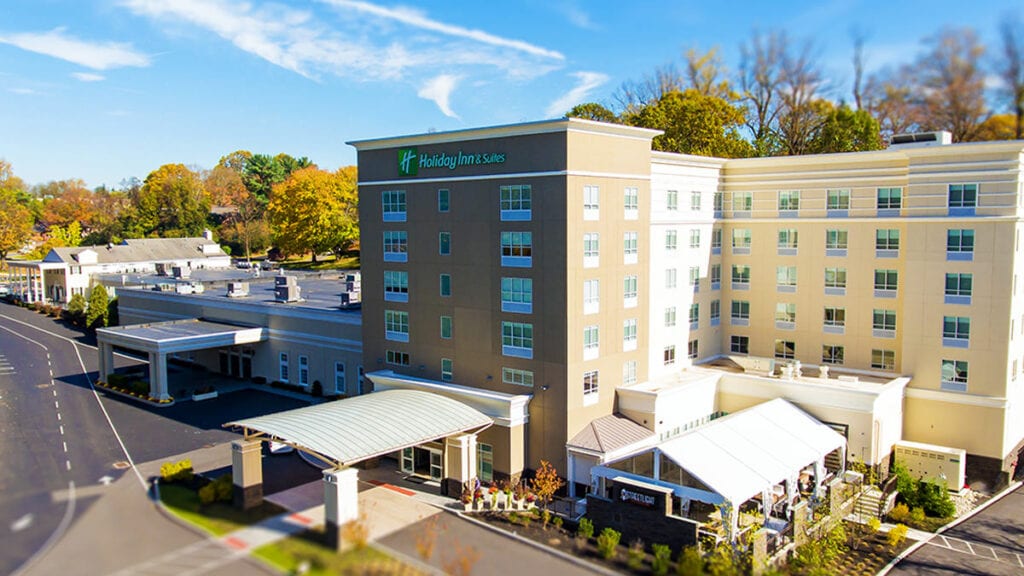